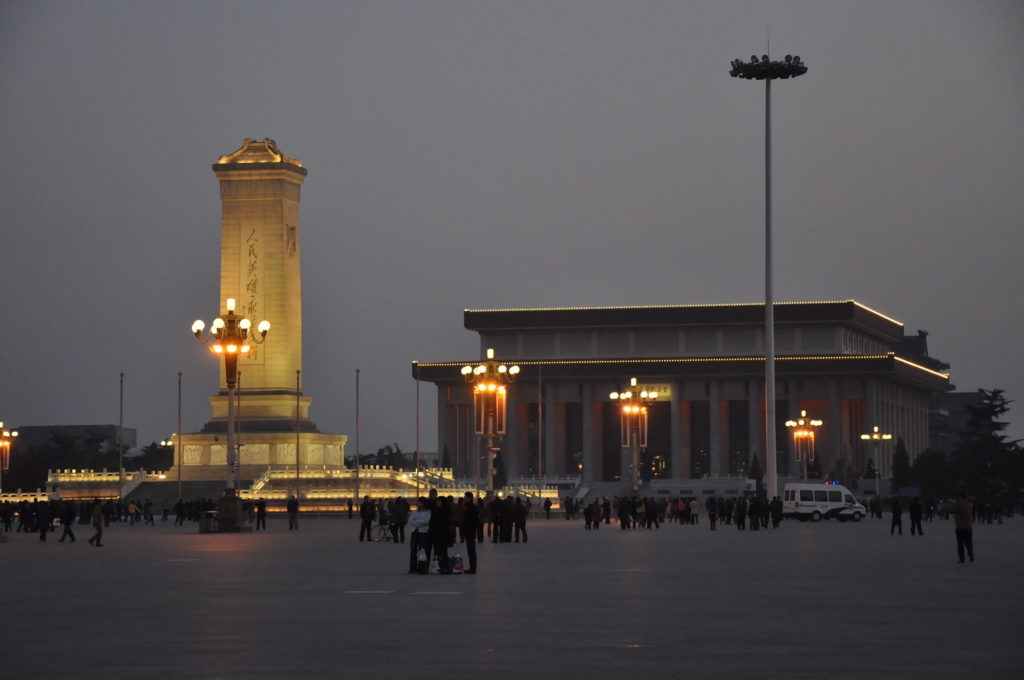 The Monument to the People's Heroes and the Great Hall of the People in Beijing. Credit: Jorge Láscar/Flickr

Dr. Pitman Potter, a professor emeritus at the Peter A. Allard School of Law, makes the argument in his new book: Exporting Virtue? China’s International Human Rights Activism in the Age of Xi Jinping.

We spoke with Dr. Potter about what human rights activism looks like when practiced by the Chinese regime. Why did you write this book?

In the last few years I’ve become increasingly alarmed at China’s repeated and vigorous efforts to change international standards on human rights. They’ve been carrying this out through bilateral relations with countries like Canada, but also through multilateral relations—particularly through the UN Human Rights Council.

China’s core leadership group under Xi Jinping have realized they cannot engage in the international human rights discourse in a way that’s favourable to China without changing the terms of the discourse. So that’s essentially what they’ve been doing, and that’s what the book’s about.

How successful has China been at this?

It’s too early to conclude how successful they’ve been. They have certainly been very active.

In the book, I review China’s efforts to insulate itself from human rights criticism through changes to the terms and processes of the UN Human Rights Council, as well as efforts to constrain international standards on freedom of expression. China’s efforts to insert its human rights preferences in international trade and investment are evident in the Belt and Road Initiative (“BRI”). BRI is essentially a Chinese infrastructure development program that extends across Southeast Asia, South Asia, the Middle East, Europe and Central Asia—in part to link China’s economy to those economies more fully, but also to gain political and strategic advantage for China. Through that initiative, China has been quite active in disseminating its human rights orthodoxy and has gotten very little pushback. Part of the reason is that the U.S. has been essentially missing in action in the international human rights discourse for at least the last four years.

So China is finding an audience among these other countries?

If we look at the BRI, China has focused on suppressing labour rights and marginalizing environmental rights. Those sorts of things resonate with local authoritarian governments. They’re not unhappy about it.

Certainly the European and North American liberal economies are extremely unhappy about China’s human rights performance, but China’s economic power creates a lot of pause in terms of how to respond.

One of the great challenges Canada will face in the next six months is how to deal with a new U.S. administration that seems committed to building an alliance of democracies, which would essentially be a counter-China group. It’s going to be very difficult for Canada to remain outside of that group, but by being part of it, it’s absolutely going to cause a reaction in China and make it difficult to cooperate with China.

Why do you feel it’s important for policymakers, scholars and the international community to cast a critical eye on what China is doing?

First, when people are brutalized for their religious beliefs, when people are put in concentration camps due to their ethnicity, when professional lawyers are imprisoned and abused because they have taken on unpopular causes—it doesn’t matter where it happens—I think people have a moral duty to be aware of it or speak up about it.

The second part of it is that human rights is not simply an abstract moral ideal. It affects the lived experience of people in virtually all walks of life. So it’s very important for people to be aware of China’s behaviour, and how China is attempting to change international standards on these things, because they are going to affect people’s lives in their own countries.