Montreal households are the greenest in the country, and Edmonton’s the least, according to a new University of British Columbia study that compares average household greenhouse gas emissions in major cities across Canada. 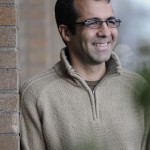 Using census data over a 12-year span, researchers ranked cities on how much carbon dioxide the average Canadian family (two to three people) with an annual income of $81,000 in each city produced in a year from the combined use of electricity, gasoline and natural gas.

“Montrealers do well because of their supply of affordable hydropower, and their use of electric heating,” said study co-author Sumeet Gulati, an environmental economist and UBC professor in the faculty of land and food systems. “Edmonton does poorly due to its extreme weather, low density and reliance on coal.” Average household CO2 emissions (based on electricity, gasoline and natural gas use)

Gulati said he was surprised Montreal ranked first ahead of Vancouver, where despite a milder climate, the average household emits seven tonnes of GHG per year. He said the reason is natural gas prices in Quebec are the highest in Canada, while the cost of natural gas in B.C. is lower, and therefore more widely used in home heating.

The study, forthcoming in Regional Science and Urban Economics, also found an overall decline in average household GHG emissions across Canada from 11.5 tonnes per year in 1997 to 9.7 tonnes in 2009.

“We are using cleaner energy, and people are moving to cleaner compact cities,” said Gulati.

The city that the household is located in influences its energy use and thus GHG emissions. Weather creates demand for indoor climate control, density influences driving behaviour and the size of average dwellings, and age of the housing stock influences energy efficiency. Greenhouse gas emissions are also influenced by the source of energy used for heating/cooling.

The authors, Sumeet Gulati, and Juan Fercovic, a former graduate student in food and resource economics at UBC, predict emissions emitted by a standard Canadian household if placed randomly in one of Canada’s metropolitan areas.

Average household CO2 emissions (based on electricity and gasoline use only)* * Data for natural gas consumption was not available for 10 cities