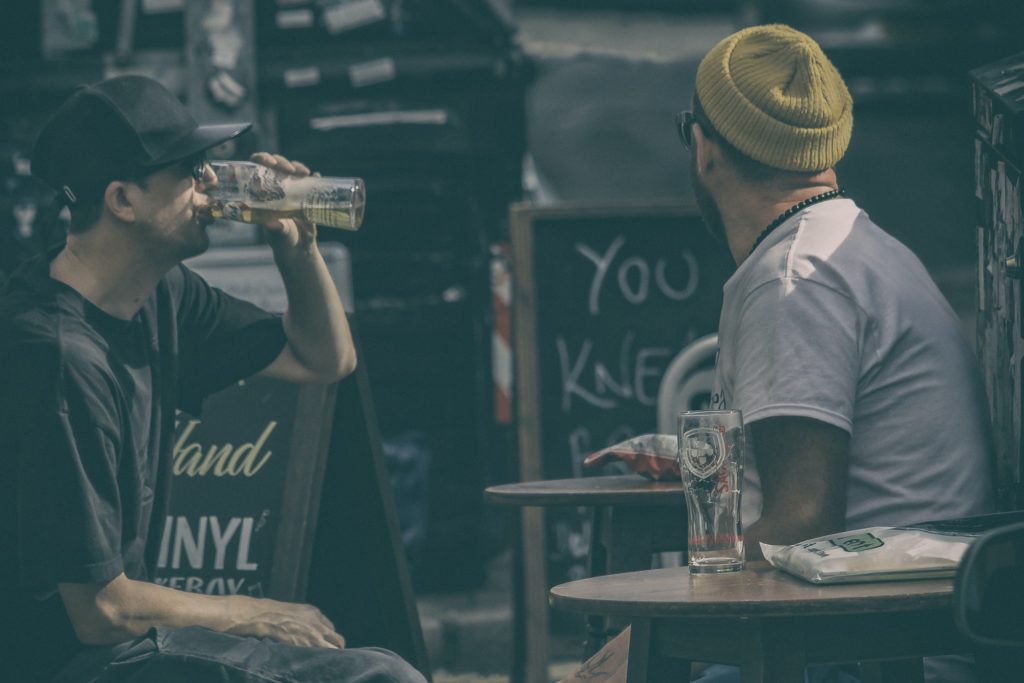 Most of the men identified as straight because they felt that this identity best reflected their romantic relationships with women, their integration in communities composed mostly of straight people, or the way they understood their masculinity. Credit: James Sutton/Unsplash

Why do some straight men have sex with other men?

According to nationally-representative surveys in the United States, hundreds of thousands of straight-identified men have had sex with other men.

In the new book Still Straight: Sexual Flexibility among White Men in Rural America released today, UBC sociologist Dr. Tony Silva argues that these men – many of whom enjoy hunting, fishing and shooting guns – are not closeted, bisexual or just experimenting.

After interviewing 60 of these men over three years, Dr. Silva found that they enjoy a range of relationships with other men, from hookups to sexual friendships to secretive loving partnerships, all while strongly identifying with straight culture.

We spoke with Dr. Silva about his book.

Why do straight-identified men have sex with other men?

The majority of the men I interviewed reported that they are primarily attracted to women, not men. Most of these men are also married to women and prefer to have sex with women. They explained that although they loved their wives, their marital sex lives were not as active as they wanted. Sex with men allowed them to have more sex. They don’t consider sex with men cheating and see it as a loophole in their marriage contract.

Some of them also have stereotypical beliefs about women’s sexuality and think that if they have extramarital sex with women, the women could become ‘emotionally clingy’ and that it could threaten their marriage. People who live in small towns and rural areas typically consider marriage as an important part of their identity. These men think that sex with men is a lot less complicated with no attachment. I find it particularly interesting and ironic that their conservative beliefs about gender actually encourage them to have sex with men.

Other men chose to have sex with men for reasons related to masculinity. Some men enjoyed receiving anal sex from other men because this act allowed them to experience pleasure, but without the pressure they felt when they had sex with women. For example, several men explained that they felt like they were expected to be in control when they had sex with women, but not with men. Several single men were lonely or wanted to experience human touch, but were unsure how to do so platonically in a way that felt masculine. Sex helped them connect with other men in a way that felt masculine to them, ironic as that may sound.

Why do these men still identify as straight? Why are they not considered bisexual?

Most of the men identified as straight because they felt that this identity best reflected their romantic relationships with women, their integration in communities composed mostly of straight people, or the way they understood their masculinity. Identifying as straight also meant they could avoid stigma and feel connected to a socially dominant group. Many felt that sex with men was irrelevant to their identities given other aspects of their lives. They felt that heterosexuality and masculinity were “normal” and expected of them.

While many people understandably think that men are “closeted” if they have sex with other men yet identify as straight, this is not exactly true. These men are secretive about their sexual behaviour, but not their identity. In fact, sexual encounters with men are mostly irrelevant to their identity.

How do these men view homosexuality and LGBTQ2+ rights?

A minority of the men I interviewed were homophobic and held prejudice against LGBTQ2+ people and this prejudice makes the thought of an LGBTQ2+ identity unappealing to them. However, the majority of the men, supported same-sex marriage and the right for same-sex couples to raise children.

To confirm these interview findings, I analyzed one nationally representative survey called the National Survey of Family Growth. I looked at the responses of straight-identified men who reported consensual sex with at least two other men, compared to those who had not, on questions about LGBTQ2+ rights and masculinity. They were similar in their attitudes to other straight men. In other words, straight men who have sex with men are no more prejudiced than other straight men.

Note: Dr. Silva has limited media availability and will be responding to media requests on a first-come-first-serve basis.