They look like smears of pink bubblegum on the rocks off British Columbia’s coast, indistinguishable from one another.

But a new DNA analysis of coralline algae led by UBC and Hakai Institute researchers has revealed a wealth of different species – a diversity that could hold the key to protecting critical underwater habitats like kelp forests.

“Corallines play really important roles in their ecosystem, from cementing coral reefs together to giving off scents that attract other species like sea urchins, abalone, corals, and kelps to the area,” said Patrick T. Martone, a professor of botany at UBC who supervised the research. “Some coralline species are better at attracting organisms than others and respond to climate stressors like rising ocean temperatures in different ways. But they all look the same so it’s hard to tell how changes to their environment are really impacting them.”

Coralline algae appear to be among the only species to benefit from the loss of sea otters, an endangered species native to the North Pacific Ocean. When sea otters are lost, sea urchins bloom and mow down kelp forests, which provide important habitat for many marine organisms. The resulting “sea urchin barrens” are largely devoid of life, except for coralline algae which appear to thrive in the landscape. 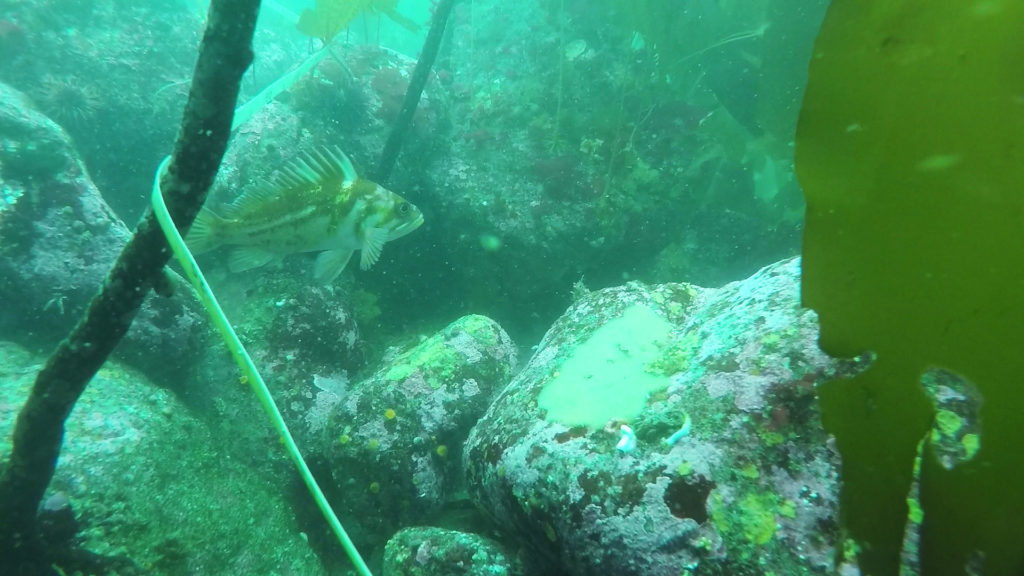 “The fact that corallines do better in this environment would be an exception to our understanding of the impacts of losing ‘keystone’ species like sea otters, which typically result in an overall loss of biodiversity,” said Martone.

In order to find out if corallines are really doing better in the absence of the furry creatures, the researchers surveyed the diversity of corallines in both sea urchin barrens and kelp forests. They counted how many were present, took samples and sequenced the DNA back in the lab.

“What we found is that there are a lot of species down there,” said Katharine Hind, lead author and former Hakai post-doctoral researcher. “And while some corallines do grow more abundantly in sea urchin barrens, we found more species and greater diversity in kelp forests.”

The researchers also found that while coralline communities in the different kelp forest sites were similar to one another, they were different in the urchin barren sites, which were dominated by just a few species.

“So what we begin to see is actually a loss of coralline diversity, despite the apparent increase in abundance. This greater understanding changes our interpretation of the ecological pattern – a lesson that should be applied to cryptic species in other biological systems, like fungi, insects, or plants on land,” said Hind. “It’s possible we could be losing some kind of ecosystem function as a result of this loss of diversity.”

The researchers hope to figure out what role each of the coralline species is playing next.

“We are seeing a decline in kelp forests along the coast as they are being replaced by these urchin-dominated barrens,” said Martone. “We think corallines might hold the key to understanding the maintenance of urchin barrens– certain species that urchins prefer to settle on could result in a positive feedback to bring more urchins to the area. Conversely, corallines that kelp spores respond more positively to could help bring kelp forests back to stripped reefs.”

The study was published in Proceedings of the National Academy of Sciences (PNAS).