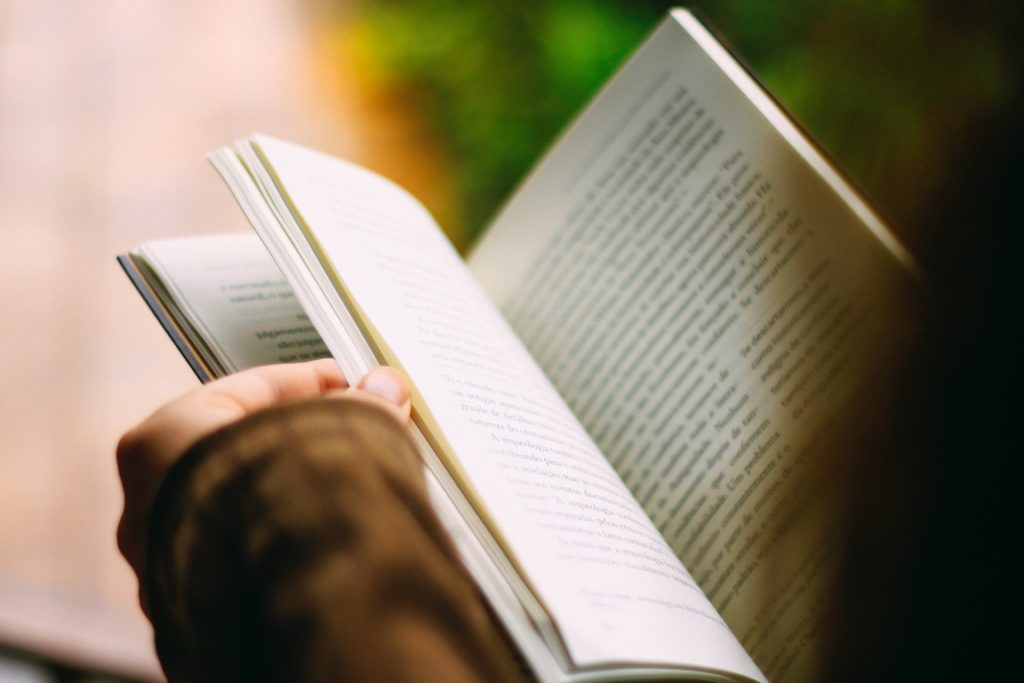 The COVID-19 outbreak has forced a lot of us out of the daily grind, leaving us with time to re-discover leisurely reading.

The daily grind, however, has kept most of us too busy to stay on top of what’s out there to read.

Fortunately, UBC experts in creative writing and English literature read a lot of books. We asked five of them to provide a few recommendations for reading at home during the outbreak.

Jenny Lee Ferguson is an adjunct professor in the creative writing program. When Diz and her best friends take on their last heist before heading off to university, they discover a new strain of maz that changes everything. This page-turning, immersive novel where teenage underdogs take on the government brilliantly fuses science fiction and magic into a wild ride that you won’t have experienced before. When you’re done, read The Sound of Stars by Alechia Dow.

If you like strong, powerful girls and horror, this YA (young adult) book will wrap you up in a dark history as you follow new girl Marion, who uncovers what’s been happening on the island of Sawkill Rock. Claire Legrand asks you to look directly at an ancient evil and fight back. This is a book I haven’t stopped thinking about since I put it down. When you’re done, read Wilder Girls by Rory Power.

The Candle and the Flame by Nafiza Azad

If you haven’t read UBC MFA graduate Nafiza Azad’s stunning debut and travelled to the city of Noor with Fatima, you’re missing out. It’s time. Surround yourself in the worlds Azad creates and fills with stunning, lush prose. Eat there. Love there. Experience that power. When you’re done, read A Phoenix First Must Burn edited by Patrice Caldwell.

Lise Gaston is an assistant professor in the department of English.

Pride and Prejudice by Jane Austen British WWI soldiers brought this novel into the trenches with them for its humour and comfort. So there’s no better read today if we want something almost “too light, and bright, and sparkling,” as Austen herself characterized her novel, which sees outspoken heroine Elizabeth Bennet spar with the haughty Mr. Darcy while contending with her absurd, hilarious, and troublesome family and neighbours.

The Innocents by Michael Crummey

In gorgeous prose, this Giller Prize-nominated novel depicts the lives of two orphaned youngsters who grow up alone together in a remote cove of Newfoundland in the late 18th century. At turns harrowing, humorous, and touching, this story of survival and connection is rich in detail and characterization. And if they can make it through their isolation, we can too.

I list this title, McKay’s collected poems, because it is his most recent, but I suggest picking up any slender volume of his 40-year career. I recommend turning to McKay for the delight and irreverence with which he defamiliarizes our world. Through his words our daily household objects—a brief birdsong, the sliver of tree visible from the window—all become beautiful and strange.

C.E. Gatchalian is an adjunct professor in the creative writing program.

Illness as Metaphor by Susan Sontag In this book-length essay, written as she herself was battling cancer, Susan Sontag writes against “interpreting” illness, by which she means viewing illness in “metaphorical” terms (i.e. cancer as the consequence of emotional repression, AIDS as divine retribution for “immoral” sex acts). Illness does not mean anything other than itself. As current events unlayer people’s racism and xenophobia, a crystal-clear, unbiased, level-headed attitude is precisely what we must cultivate now.

Marcus Aurelius—a Roman emperor and Stoic philosopher—writes with beauty and humility about accepting what we can’t control and focusing on the things we can. And one of those things is our mind: “As doctors have their instruments and scalpels always at hand to meet sudden demands for treatment, so do you have your doctrines ready in order to recognize the divine and human, and so to do everything, even the very smallest, as mindful of the bond which unites the divine and human.”

Paradoxically, the self-isolating that most of us (who have the privilege to be able to) are currently practicing is an opportunity to really, rigorously reflect on the word “we.” At the risk of, as Sontag might say, “over-interpreting,” I think the wholesale institutional breakdowns taking place in the face of COVID-19 is a sign that a crucial shift in our society’s mental focus is needed: from “I” to “we.” Ubuntu is a South African philosophy that expresses a universal bond: “I am because you are.”

Dallas Hunt is an assistant professor of Indigenous literature in the department of English. Lindsay Nixon’s nîtisânak is an outstretched arm, a memoir that pulls you in so you can be nestled next to your kin. Nixon’s memoir cuts across time and geographies, and is at once generative and generous, incisive and inspiring. If you’re looking for a book about the messiness of being in relation, punk scenes, queer intimacies, or the prairie wind, then this is the book for you.

Arielle Twist exploded onto the Indigenous literary arts scene over the last couple of years, and is quickly emerging as one of the most exciting voices in Indigenous poetry (alongside poets like Brandi Bird, Jessica Johns, Selina Boan, and others). On the Arsenal Pulp website, Twist is described as “an expansive force of holy radiant power and illuminating fury”—so how do you not already have this book of poetry in your hands?

This Wound is a World by Billy-Ray Belcourt

Billy-Ray Belcourt’s first book of poetry, This Wound is a World, was awarded the Griffin Poetry Prize, making Belcourt the youngest winner in the award’s history. This book is an exercise in world-building or worlding, in calling forth an imaginative space that exceeds or supersedes a world that, as Belcourt writes, “isn’t good for most of us.” An imperative and necessary read, especially for those interested in Indigenous studies (or its constitutive disavowals), in fraught affective terrains, and/or armpits. In short, read this book.

Judith Paltin is an assistant professor in the department of English.

The Three-Body Problem by Cixin Liu (translated by Ken Liu) This Wound is a World

A science fiction novel (or set of three novels, if reading in full) that addresses problems of war, violence, unpredictability, group thinking, our relationship with technology, and more, all within a unique frame of hard science, speculation, politics, history of China, mathematics, and alien civilization.

The Buried Giant by Kazuo Ishiguro

In post-Arthurian Britain, a strange amnesia has fallen over the land, hindering the quest of Axl and Beatrice, elderly Britons, to find their son. The leisurely pace of this book and its reflective treatment of memory, forgetting, and the possibility of reconciliation make this a perfect read for a society living (temporarily) under conditions of social distancing.

This is a perfect time finally to read, or re-read, Joyce’s funniest and most enjoyable book. Dubliner Leopold Bloom spends June 16, 1904 trying not to think about his wife’s infidelity. If you would like more explanation, Hugh Kenner has published a brief but helpful companion guide, also titled Ulysses. Or email me at judith.paltin[at]ubc.ca, and we can start an online Ulysses reading group!

Timothy Taylor is an associate professor in the creative writing program.

End of the Rope: Mountains, Marriage, and Motherhood by Jan Redford

Jan Redford’s memoir about a life in rock climbing is exhilarating, terrifying, and ultimately deeply human. An elite athletic culture is intimately portrayed. The story is gripping as the peaks are scaled. And it’s spellbinding in the relationships shown, especially between women in the hyper-masculine climbing world. It’s a brave and personal book and a completely engrossing read. Laura Trethewey’s book takes something almost unimaginably large—the oceans and the challenges to their environmental health—and brilliantly writes this down into the lives of individual people: a Ghanaian boat refugee, a scientist who tags sturgeon, people who collect plastic off beaches, many others. The book is human and emotional. And the ocean comes to life on the pages.

On the Up by Shilo Jones