Why are bald eagles such great gliders? It’s all in the wrist

Birds come in an astounding array of shapes and colours. But it’s their physical prowess—like a bald eagle’s incredible ability to soar—that captivates human imagination.

An enduring mystery is why bird species with similar flight styles or body sizes don’t have consistent wing shapes. All hummingbirds, and some species of falcons, hawks, kingfishers and passerines can hover, but the birds have strikingly different morphologies and are only distantly related. Ravens soar like eagles while their look-alike cousins, crows, stick more closely to the ground.

New research in Science Advances helps explain why. Bird species tend to reshape the range of motion of their wings—rather than wing shape or size itself—as they evolve new ways of flying.

“Birds essentially swim through the air—they flex, extend and bend their wings in flight,” explains Vikram Baliga, a researcher at the University of British Columbia and lead author on the paper. “As a bird specializes in a flight style, nature doesn’t appear to reshape the size or shape of the wing as much as it remodels the wing’s range of motion. Much like a swimmer adjusting their stroke.”

Hovering birds, according to the research, are relatively restricted in their ability to extend their elbows, but have a generous capability to move their wrist.

“Hummingbirds basically tuck their elbows in and predominately rely on rapidly swinging their wings at the wrist joint,” says Baliga. “For birds that glide, it’s more about maintaining the position of the limbs to keep steady sail. The most restricted species in our study are the bald eagle (Haliaeetus leucocepalus) and the sooty shearwater (Ardenna grisea), both of which frequently soar and glide.” 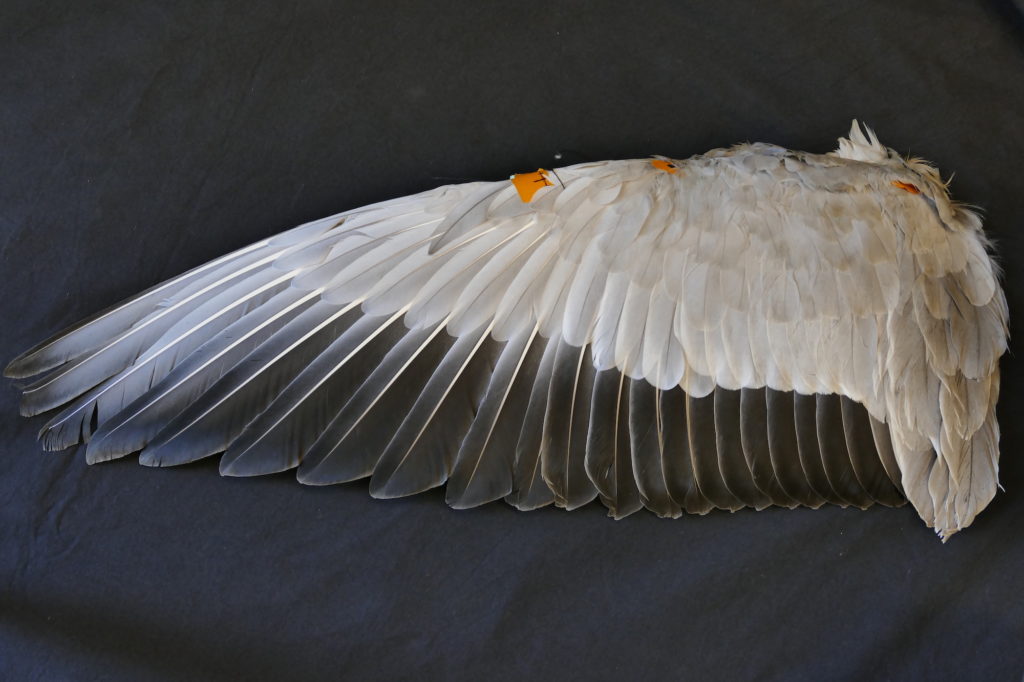 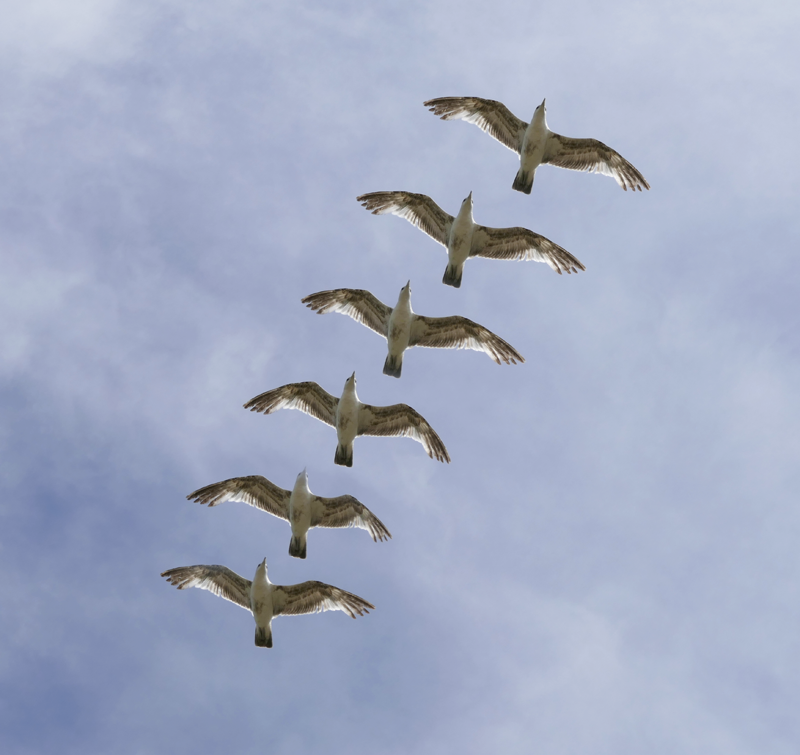 Baliga and UBC zoologists Douglas Altshuler and Ildiko Szabo categorized 61 species of birds by flight style—from hovering to gliding to soaring. Using samples collected by the UBC Beaty Biodiversity Museum, the researchers manually measured the shape, flexibility and extendibility of each species’ wing. They also built an evolutionary family tree of the birds to then determine how range of motion evolved in the wrists and elbows of bird’s wings.

This work provides insights for drone and aircraft design. Engineers are looking to nature, using bioinspiration to improve flying performance.

“By looking across avian flight diversity, our research has determined one component of how birds use their wings,” says Baliga. “We’re working towards understanding how wings in nature morph during flight so that the knowledge can be applied to unmanned aerial vehicles—particularly in turbulence, wind gusts, or when attacked by aerial predators.

“Evolution has tested a range of wing designs and motions for specific circumstances. Looking at the restrictions that nature places on birds of different sizes and flight styles can help us understand what does and does not work when designing new technology.”