Variations in a single gene in tiny stickleback fish alter how they interact with their environment and potentially trigger changes across an ecosystem, a new study from the University of British Columbia and the University of Pennsylvania finds.

The study, published today in Ecology Letters, found that the amount of bony plating on threespine stickleback fish in British Columbia – a trait governed by a single gene called Eda – was linked to the amount of phosphorous they released into the water around them.

Fish with more plating released more phosphorus, the researchers found, and because phosphorous is a key element in aquatic ecosystems, such a difference may have trickle-down effects on microbes, plants, and algae in freshwater or marine areas. “The main motivation for this study was, how do we apply genomics – which is the study of all the DNA in an organism – to help us better understand ecosystems?” said Seth Rudman, lead author of the paper and postdoctoral researcher at the University of Pennsylvania, who conducted the study as a PhD student UBC zoology. “Our findings represent a strategy for uncovering, and perhaps even predicting the ecological implications of evolutionary change.”

Sticklebacks have provided rich fodder for evolutionary study since migrating from marine environments after the last glaciation about 15,000 years ago. They now thrive in both marine and freshwater habitats dotting the northern coasts of North America, Europe and Asia.

Generally, sticklebacks in marine waters have more plating, while sticklebacks in freshwater have less. But the population of the main study site, Kennedy Lake on Vancouver Island, was unusual in having stable populations of both “low-plated” and “high-plated” fish. 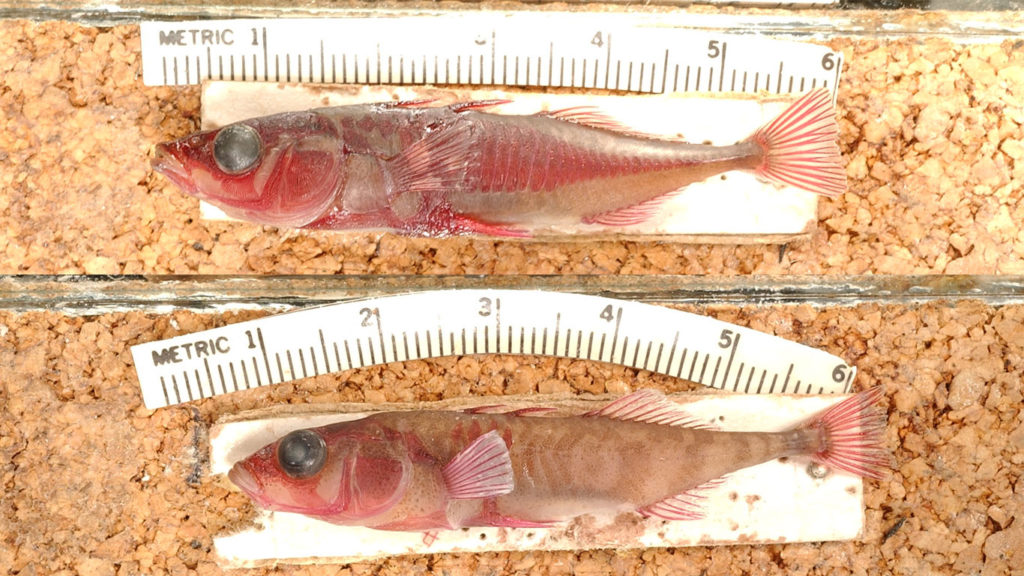 The team used novel methods to assess how evolution influenced the elemental make-up of individual sticklebacks, essentially viewing them as a sack of atoms – carbon, calcium, strontium and the like.

“We’re able to think about these organisms as a chemical cocktail,” said Rudman. “And when we do that we’re able to explicitly link changes in them to changes in the way they’re interacting with the environment.”

In a second part of the study, the team also looked at fish in other areas of British Columbia. They found that wild-caught marine and freshwater fish differed considerably in their elemental make-up and these differences persisted even when marine fish were raised in freshwater and vice-versa. The fish also showed signs of adapting to their new environments. “We found that when populations adapted to freshwater conditions, their ability to absorb phosphorous increased,” said Taylor Gibbons, co-author and a postdoctoral researcher at UBC zoology and the Department of Fisheries and Oceans Canada. “Inland waters in British Columbia are nutrient-poor and don’t contain a lot of phosphorous, so it makes sense these fish would have adapted in this way.”

Rudman notes that the findings also underscore how quickly evolutionary changes that influence how organisms interact with their environments can occur.

“Evolution is happening fast in many systems, within a summer for a fruit fly or across a decade for sticklebacks,” he said. “This presents a way in which evolution and ecology could be very tightly coupled in determining the fate of populations and species under future conditions.”