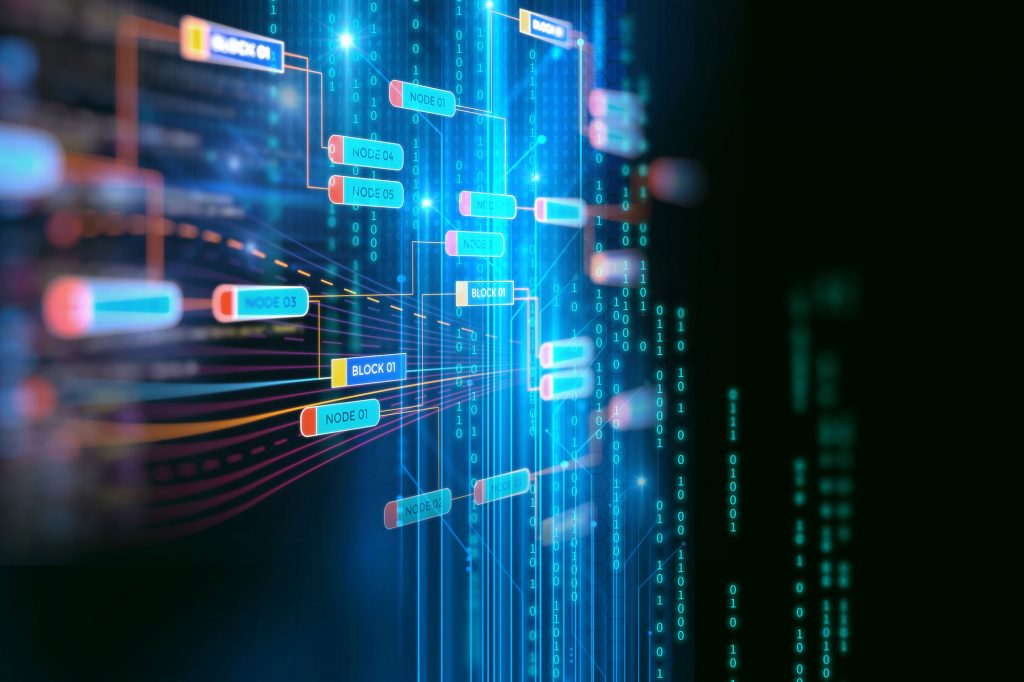 Victoria Lemieux will be presenting her research at the #BCTech Summit on Tuesday.

What is blockchain? UBC expert breaks it down

Blockchain is often touted as being the future of finance, trade, digital media, and more— but many people still don’t really understand what it is.

Victoria Lemieux, associate professor in UBC’s iSchool and co-leader of Blockchain@UBC, is leading the global effort to develop blockchain terminology standards. She also studies risk to the conservation and availability of data in blockchain.

She will be presenting her research at the #BCTech Summit on Tuesday.

What exactly is blockchain?

Blockchain is a distributed digital ledger. Think about traditional ledgers— books used for keeping accounting records. Instead of just having one ledger book, in a distributed digital ledger there are tens of thousands of copies of the same ledger, all running on different computers. Why do this? The reason is security. If someone changes one copy of the ledger, it will be immediately noticeable because it doesn’t match with all the other copies. These two features are what make blockchain records different than traditional database records where there is usually one copy of a ledger entry, which can be overwritten if necessary. Once digitally signed and recorded on a blockchain, blockchain records are designed to be unalterable and permanent.

How does blockchain affect people in their daily lives?

At a very basic level, you can think of blockchain as a trust layer for the internet because of its properties of tamper-resistance and immutability. Blockchain is designed to enable frictionless peer-to-peer interaction without the need for a trusted middleman. If you think about the many ways in which we are used to operating in our society with the aid of a trusted broker— in banking, in the buying and selling of property, in the storage of our online exchanges (think Facebook and Google), or even government— you’ll have a sense of how much could change if we adopt a technology that allows us to decentralize, distribute and do away with existing social, economic and political relations, and also why it’s really important that the underlying technology must be totally trustworthy and produce trustworthy records.

Why is it important to ensure blockchain data is recorded and preserved?

Blockchain is starting to be used for a wide variety of record-keeping purposes that used to be done on paper or using traditional computer systems— for example, recording our supply chains, our title to land, our medical records, or our identities. Typically, we rely heavily on these types of records to prove our rights and entitlements. Think of having paid millions of dollars for a property in Vancouver and then not being able to prove title to it. Or, of not being able to prove who you are. It is because records are so important to the proper functioning of commerce and to our lives that it is important that they are recorded in a trustworthy manner and preserved, no matter the form of recording.

Why is it important to have standard terminology to describe blockchain?

There has been a great deal of hype around blockchains and distributed ledgers, with even iced tea manufacturers claiming to be blockchain companies. This creates a lot of confusion— both for those who want to develop blockchain systems and consumers of such systems. It’s important for everyone— developers and consumers— to understand what a blockchain is and, equally importantly, what it’s not. For example, there has been some discussion about an “editable” blockchain. This is not really a blockchain, because blockchains are designed to be unalterable and permanent. Clear international definitions of terms helps establish that the property of “editability” falls outside the definition of the term.

Blockchain@UBC will be hosting a mini conference and showcase on the future of blockchain on May 25. Click here for more information.