Aerial drones more than proved their worth following the massive 7.8 earthquake that struck Nepal in late April. Rescue and relief teams deployed unmanned aerial vehicles, or UAVs, to map the disaster zone and locate potential survivors.

UBC engineering professor Homayoun Najjaran has been researching drones since 2007. He says as drone design and technology improve they will become even more in demand, not just for disaster response but also for construction, pipeline monitoring and precision irrigation of crops.

What role did drones play in Nepal?

UAVs have provided authorities quick visuals of the affected areas. They were particularly important because the earthquake affected villages located on mountainous terrain. Ground access was limited to begin with and there weren’t any local guides or familiar landmarks around to orient the rescuers.

UAVs can hover about a metre from the ground and reach altitudes of up to 150 metres. They can cover distances of two square kilometres per hour. Built-in autopilot systems allow them to operate independently and capture clear images of the target area using gimbal stabilizers and on-board digital cameras.

They can’t tell you if there are bodies under the rubble, and they aren’t equipped for rescue work. But the information they provide lets you plan rescue or recovery more effectively. 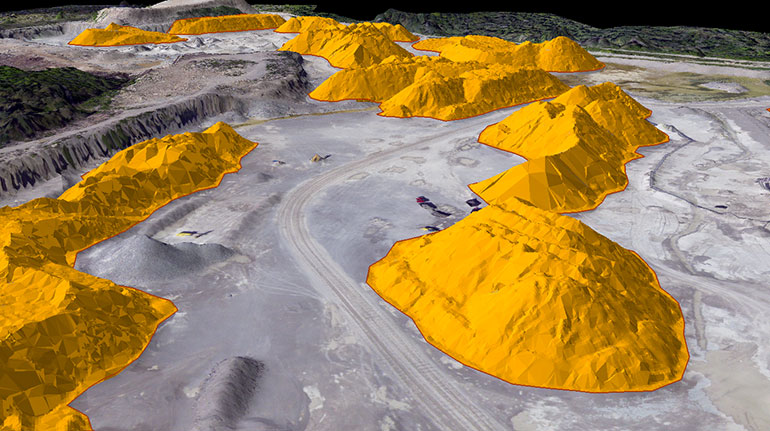 How is a drone constructed?

A drone is pretty much the self-propelled cousin of your smartphone.

Take the quadrotor or quadcopter. This is probably the most common drone type, and easily found in many toy stores nowadays. Putting aside its cross-shaped frame and four fast-rotating propellers, it’s just like your smartphone in that it has a rechargeable battery, a compact computer enabling it to pilot itself, and a global positioning system (GPS). It’s also got a device that’s identical to the sensor in your phone that rotates the display every time you flip your phone.

Just like your phone, a drone has wireless connections and digital cameras. The rest is the software that lets the drone fly.

Of course, military drones are much more sophisticated and expensive than your typical recreational UAV. Since access to their technology is highly limited, drone enthusiasts pretty much had to reinvent the wheel to create civilian and recreational drones. There’s been a boom in this field in the past 10 years.

How can drone design and capabilities be improved?

I’ve been doing UAV research for eight years and it’s exciting to see them getting smarter. With the basic physical framework in place, the main concern nowadays is on improving the payload. Researchers are looking for ways to integrate better cameras and other sensors to capture high-resolution images without exceeding the allowable drone payload. For safety, you obviously don’t want too heavy a drone flying overhead.

You also want drones able to fly over longer distances, which means developing more powerful batteries. And again you have to consider the weight on board.

How will aerial drones be used in the future?

They’re already being used for aerial surveys of avalanches, forest fires, active volcanoes, hurricanes and similar disasters. Beyond that, drones are being used in agriculture and viticulture. They’re providing visual feedback in the fertilizing and irrigating of crops. They’re being used to spot leaks in oil and gas pipelines and to manage construction and infrastructure projects.

However, privacy and safety issues must be resolved before UAVs can be used widely. Drones can run out of control and drop out of the sky. In the wrong hands, they can be used to commit crime. That’s why so-called “unmanned systems societies” are lobbying around the world to encourage governments to prepare and enforce regulations for more responsible drone use.