A series of animations illustrating the science of stem cells by Canadian scientists has won honourable mention in the 2013 International Science and Engineering Visualization Challenge. 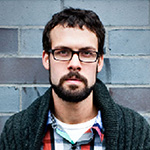 Created by UBC PhD candidate Ben Paylor and University of Toronto post-doctoral fellow Michael Long, StemCellShorts, a series of short animated videos designed to explain stem cells to a mainstream audience, have been viewed more than 15,000 times on YouTube and Vimeo.

The three 60-second videos feature world-renowned stem cell scientists as narrators, including Canadian scientist Jim Till, whose experiments in the 1960s led to the discovery of stem cells.

Chosen by an expert panel from 227 international submissions, StemCellShorts was one of 18 projects recognized last week by the National Science Foundation and the American Association for the Advancement of Science (AAAS), and featured in a special issue of the journal Science.

The project was funded by a grant from the Stem Cell Network and Canadian Stem Cell Foundation and was the only Canadian winner in the international competition, now in its 11th year. Ben Paylor is a researcher at UBC’s Biomedical Research Centre.